4 Days in Tenerife: The Perfect Itinerary for Your First Visit

If you want to travel to Tenerife, you should know that this is the largest of the Canary Islands in Spain. It is known for its beautiful villages, its authentic landscapes, and the celebrations that take place in Santa Cruz, during the carnival festivities.

Undoubtedly, Tenerife is an island that attracts hundreds of tourists every year, and this is mainly because it is a destination embellished by beautiful beaches, and paradisiacal corners that not only surround you with peace, but also connect you with nature.

Discover everything you can see in Tenerife, in a 4 day trip.

In the course of your trip, there are certain places that you must visit, walking around Tenerife, so plan your trip, and write down what they are.

Santa Cruz de Tenerife, has been the capital of the island since 1833; that is why it has become the center of all maritime trade, development and influence; which makes it one of the essential cities to see in Tenerife in 4 days.

We are talking about a town that marks the mixture of modern architecture, where you can admire beautiful monuments that expose the imposing architecture of the seventeenth century.

This city reflects the historical evolution of the island, and how it has become a small fishing village.

Within the same tour of Santa Cruz de Tenerife, one of the historical places to see in Tenerife in 4 days is the Castle of San Cristobal. This is the oldest building in Santa Cruz. Although it is in ruins, still retains certain spaces, where visitors can meet a subway gallery of the Plaza España.

The castle of San Juan Bautista, known as the black castle, is another of the unique places to see in Tenerife in 4 days. This fortress, which has been rebuilt, is one of the most important in the area. It has a modern maritime park. It is also considered as Historical Heritage of Spain.

The viewpoint of San Pedro is one of one of the most beautiful and recommended of the island. It will make you hallucinate through a beautiful natural environment and a sunset, which makes it a magical place to connect with nature.

In the place, you will be able to see all the fertile fullness of the island on the north coast, and the wonderful protected landscape of the Rambla de Castro. You can admire palm trees, banana plantations, and the Castro hacienda.

Another must-see in Tenerife in 4 days is the Teide National Park. It is a symbol of the island and is one of the most visited natural sites in Spain.

It was declared a World Heritage Site by Unesco in 2007, in the category of Natural Heritage. It is a natural environment, composed by a vegetation of supramediterranean floor, with great manifestations of volcanism all over the world.

This natural enclave was formed about 200,000 years ago, through a landslide in the ancient volcano, which generated the Cañadas del Teide. There are about 7,500 meters separating the oceanic base from the top of this volcano, which although it remains dormant, is still active.

You can not leave Teide without first reaching the peak through the cable car that goes from the Cañadas del Teide to the summit of the volcano.

In case you walk it in spring, you can be lucky enough to enjoy the wonderful red tajinaste, which reaches about three meters high, and you can appreciate in a magical way, thousands of tiny bright red flowers.

Our Lady of Candelaria Basilica

Declared of Cultural Interest, the Basilica Nuestra Señora de la Candelaria is one of the most important monuments to see in Tenerife.

Its construction was born from the appearance of a wooden carving of the virgin in a cave, which was used as a place of shelter from the storm. That is how it was called the virgin of Candelaria, and became the patron saint of the Canary Islands.

We continue the tour of the most beautiful villages to see in Tenerife in 4 days. In this case, we talk about one that has been declared a historic-artistic site, due to the great heritage it possesses.

Here you will discover a village of beautiful steep streets, with old palaces that embellish its surroundings. This community is part of the Teide National Park, and was founded at the top of the valley, making it one of the most privileged areas of the island.

Within the tour you should know the Casa de los Balcones, this is a beautiful facade adorned with flowers, built in 1632.

The best of all is that in the tour you will find hundreds of stores selling handicrafts for all tastes. You should stroll through each of them, you will even find the Carpet Museum, a place of fabrics for the floor, which shows you real works of fabric to beautify the floor of your home.

In Orotava, you can’t miss the Victoria Gardens, which have also become an essential visit. They are the gardens of the Quinta Roja, a place of natural enclave, built by the Marquise of the time, who decided to bury her son in this place.

On your tour of Orotava you cannot miss the Casa del Turista (Tourist House). Here you can learn about the traditions and handicrafts of the town of Tenerife. In addition, you will be able to admire carpets of flowers, which are part of the exhibitions of the museum of the carpets.

Declared a World Heritage Site by Unesco, another of the beautiful cities to see in Tenerife in 4 days is San Cristobal de la Laguna, one of the most beautiful communities of Tenerife, and the perfect place to travel back in time.

Its historic center is colorful and beautiful. It has been a reference for many settlers who traveled to South America, to use the architectural design of the area, and develop it in other cities.

Known as the largest city in Tenerife, it has remained until now as a historic village, founded in 1497.

San Cristobal de la Laguna, has been a reference of a colonial city not walled, which retains its original architectural layout of the fifteenth century, in each of its narrow streets.

This historic center is full of stores, cafes and taverns. You can take advantage, and enjoy a good mangar, or walk through the bustling streets, and know the Plaza del Adelantado, or the Palacio de Nava. These are the most particular buildings in the area.

If you can spend at least a full day in San Cristobal de la Laguna, the recommendation is to also visit the Punta de Hidalgo, this coastal area of Tenerife has beautiful natural pools, hiking trails, and beautiful beaches that make it another of the spectacular places to see in Tenerife in 4 days.

The natural pools form the enclave in this landscape, and are perfectly conditioned for bathing. Near them you can find the modern lighthouse of Tenerife, located in Punta de Hidalgo.

The rural park of Anaga is one of the most precious natural enclaves to see in Tenerife in 4 days, which has also been declared a Biosphere Reserve. It has managed to preserve natural values, where you can appreciate deep valleys, with one of the richest flora of the whole region.

The landscape of this park is enhanced by cliffs, ravines and dams. It is known as the green lung of Tenerife, and is an area full of crops, with beautiful viewpoints, and laurel forests, which have become the witnesses of the history of the island.

This is not all, the Anaga massif is known as one of the oldest geological areas of Tenerife. It has almost all the ecosystems of the island, except for the high mountain.

One of the activities you can do in this rural park is the practice of hiking, so the routes are very beautiful.

With more than 16 meters high, about 300 branches, and 20 meters in diameter, this is the Great Drago, a tree that has broken all world records, and a single specimen with about 800 years of life.

It is one of the largest and oldest trees of its kind, declared a National Monument in 1927 so it should be on your list of historical sites to see in Tenerife in 4 days.

The Millennial dragon tree is in the town of Icod de los Vinos, so your last day you should leave time to visit this community. It is a municipality with great historical heritage, and of great commercial development.

It is a town that offers privileged views, and a historic center that has been designated as an Asset of Cultural Interest. It has a wonderful architectural charm, and also stands out for its wine cellars.

The experience does not end there, you should know that northwest of Tenerife, in the town of Icod de los Vinos, is another of the unique places to see in Tenerife in 4 days as is the cave of Viento-Sobrado. This has been called as the largest volcanic tube in Europe, which has an interior of a multitude of subway landscapes.

In Icod de los Vinos you can appreciate beautiful hermitages that stand out in the whole area. One of them is the hermitage of Calvario, which was built in the 19th century, and which preserves an important figure of Christ Crucified.

The most beautiful beaches of Tenerife that you must visit

If you travel to Tenerife in order to know its beaches, in this list I will leave you the most beautiful coves to know in this island.

This natural and urban complex, has among its surroundings three coves of black sand, which are all along the coast of Puerto de la Cruz. These are: castle beach, Charcón beach, and Punta Brava beach.

It is a complex with a particular charm, where it is connected through a promenade, to enjoy stores and restaurants.

Beach of the Americas

It is one of the areas with more nocturnal atmosphere in the whole island of Tenerife. During the day you can enjoy an idyllic landscape to disconnect from the routine.

It is one of the most fun areas, perfect for different water activities such as snorkeling, boat rides, or scuba diving.

For many it is one of the most complete beaches of the whole island, and perfect to visit with the family.

I have traveled the world visiting 18 countries, including Japan, most of Europe and North America. I love to learn about the culture and history, taste the different dishes and enjoy the beauty of this planet. I also work completely remotely, and this helps me discover new places all year around. 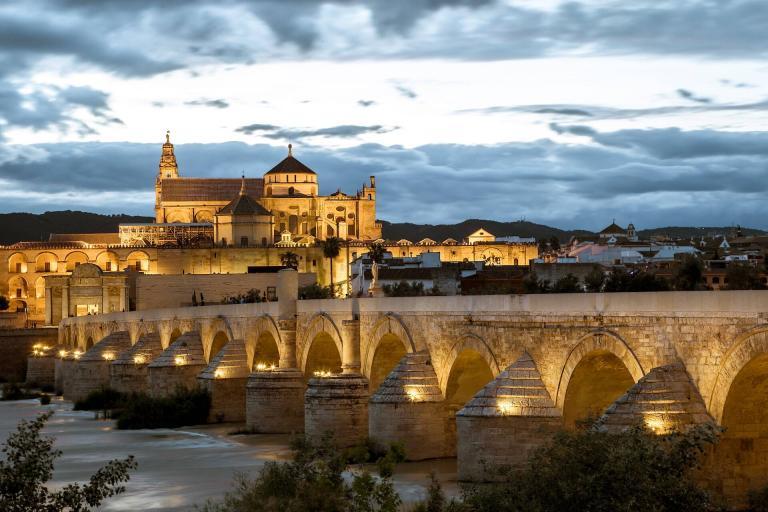 4 Days in Cordoba: The Perfect Itinerary for Your First Visit 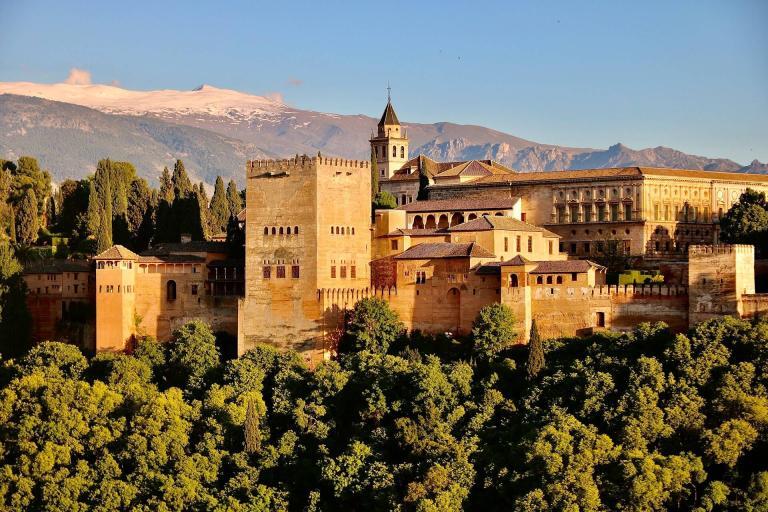 4 Days in Granada: The Perfect Itinerary for Your First Visit

4 Days in Lisbon: The Perfect Itinerary for Your First Visit

4 Days in Berlin: The Perfect Itinerary for Your First Visit

4 Days in London: The Perfect Itinerary for Your First Visit

4 Days in Budapest: The Perfect Itinerary for Your First Visit